6 Most trending singers in the world right now. 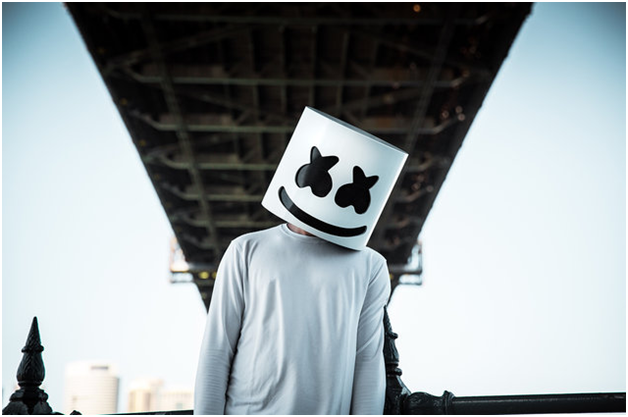 Trending is what is popular at the very moment, what people are doing, what people are wearing or what people are listening to religiously at the moment all over the world. These few years have heard the most catchiest songs in the industry for a very long time and also some of the most talked about artists. This can be because of their Public Image, their singing voice, their way they dress or the controversy around their songs. Whatever the reason may be these singers have become the most trending and are in the spotlight all the time. Here’s a list of the most trending singers in the world right now.

One of the most mysterious and amazing DJ right now with his own style of doing things. He has this goofy character which can be seen in his music videos and also other weird things that he does. All that without even showing his face. Same as Sia used to do not so while ago, Marshmallow also hides his face so that he can lead a normal life, that is to say nobody knows what Marshmallow looks like other than his agents or crew. He has this mask shapes like a cylinder with a smiley face on it. His popularity shows that people actually like his music for what it is. This turned out to be the recipe for so much popularity.

This Cuban-American singer is bombshell of a person, her outspokenness have got her a lot of attention over the years more so than any other member of her former girl group Fifth Harmony. Now she attracts attention the same way and also by her very expressive face. You won’t be able to help yourself by smile when you watch some of her interviews. Her songs also are very catchy. For example “Señorita” with collaboration with Shawn Mendes has been a huge hit and is still there in the top 10 Billboards chart.

Selena Gomez is one of the singers who has managed to keep the magic alive. Be it because of drama or really good music all of a sudden. Selena Gomez also has nostalgia of us 90s kids attached to her, remember “Wizards of Waverly place”? It would take a long time to get over her. Selena Gomez age is not too much but has also released some great catchy songs. Her singing in spanish in the song “Taki Taki” had many of the fans head turning. However, most recently Justin Bieber’s unexpected wedding with Model Hailey Rhodes has brought Selena Gomez to the spotlight.

Shawn Mendes is a Canadian singer, songwriter and a model who has magaged to stay is the spotlight due to his good boy charm. Shawn Mendes age is 21 year old singer and has gained fame through former video sharing platform Vine, after that his life blew. Most recently he has been in the spotlight for his vocals in the song “Señorita” with collaboration with Camila Cabello and the romance shown in the music video between then. It has been a hot topic for quite some time.

Khalid is a breakout star last year and has been keeping up with the expectations ever since. He used to post his early works in SoundCloud from were here he gained momentum and later debut with the song “Location” which had been a huge hit and peaked at 16th place in the Billboard Hot 100 chart. Later he came out with a lot of songs which had been catchy and relevant at the same time. His song “young, dumb and broke” has also been a hit and has stayed relevent and will be for a long time. His unique deep calming voice is what gives him the edge over his fellow singer and what helps him stay trending.

BellieEilish is another break out star who has broken the internet several times with her openness about her mental issues. She wears big baggy clothes and says that she does want people to have an opinion on her based on the shape of her body. It doesn’t end there. She debut song “Ocean eyes” has been a hit and will be for a long time. Her other song she has released has not been short of controversial and unconventional. People go so far as saying she is her own genre and we agree. Everything about her is unconventional and unique, you have to love her. She’s not everyone’s cup of tea or understand her in that case but the majority who does are absolutely obsessed with her. People even say she’s revolutionising pop music.

These are the top 6 singer who are breaking the internet left and and right. They will be in trend for quite a long time.

Variant Items Which People Can Relish While Enjoying A Moving Train